“Hyperreality?” you say. “What the hell is that?” Then you hear it’s a postmodern concept and that we are in fact living not in modern but in postmodern times, which seems to indicate we are living literally in the future, and you decide to crawl back to watching reality TV for solace.

Come on back here. It’s not as bad as it sounds. . My goal is to try and help you better understand this concept in just a short five minutes. Then you can go off and tell your friends how hyperreal they are, and everybody’s happy.

So, what is hyperreality? Here are two definitions from postmodern theorists, Wait, that doesn’t clear things up? Well, let me continue on then.

Hyperreality bears similarity with the literary concepts of metonymy and synecdoche, if that means anything. Basically, it is when something takes on a meaning that it wouldn’t naturally have, blends the new fictional meaning with the old real meaning, and the blended meaning or idea becomes “real”. Let’s go back to reality TV. Does reality TV actually depict reality? If you answered yes, you are a victim of hyperreality.

Reality TV depicts a fantasy played off as reality. However, many people will come to accept this false reality as true reality, and then try to model their own lives after it. Reality TV is a simulation, a mixing of reality and fiction until one can’t tell the difference. This can have negative effects due to that fact that there’s probably a good reason the hyperreal isn’t real.

Seemingly opposite from reality TV would be movies that employ large amounts of CGI. However, these are (you guessed it) hyperreal as well. The use of CGI depicts things that are impossible in “real” reality, but that viewers may come to believe can actually be done.

“But what about the people in these movies and shows? Surely they’re real, right?” Wrong. Celebrity worship completes the hyperreal picture. Celebrities are often held up as some impossible ideal. Daniel Boorstin probably said it best: “We come dangerously close to depriving ourselves of all real models. We lose sight of the men and women who do not simply seem great because they are famous but who are famous because they are great”. (*cough* Kardashians *cough*) 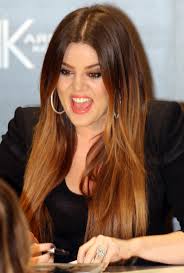 Hyperreality isn’t only a postmodern thing either. One example is a king’s crown. Rather than being seen as just some metal with some jewels possibly in it, the crown represents power, authority, mornartchy etc. The crown is now a simulacrum, “an image without resemblance” as Gilles Deleuze put it. It is fair to say, however, that hyperreality has become more prevalent as time has gone on.

“Alright, so now I kinda sorta get this hyperreality thing. But I’d really just like to get back to “real” reality. If you could direct me that way it’d be great, thanks.” Well, that’s not really going to be possible, not if you want to live within the bounds of (post)modern society. You see, at this point in our consumerist culture, pretty much everything is hyperreal in some way. I mean, I guess if you emigrated to, say, Antarctica, you could get pretty far away from hyperreality (although your preconceptions of things will stay with you of course).

So no. Basically, you live, not in reality, but in hyperreality, and you might as well accept it. Alright, you can go take your headache medicine now.

1 thought on “Hyperreality and You”